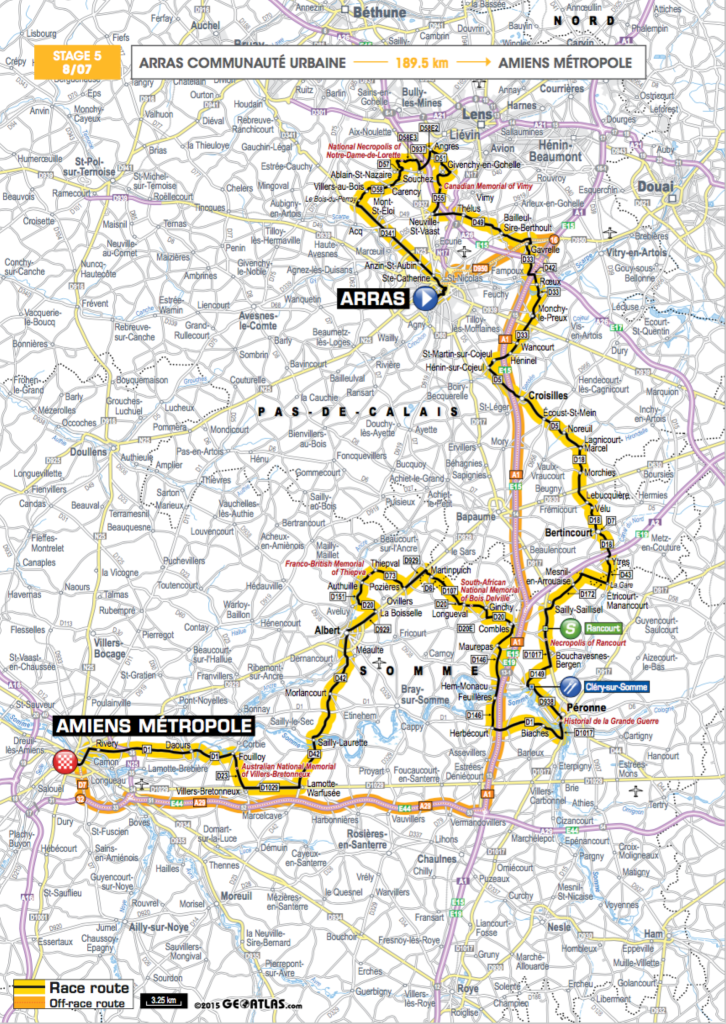 Today’s stage started off pretty miserable for everyone. Weather in Arras was cold and rainy, I was slow out of bed this morning, and traffic into Arras was unfortunately slow. I arrived to the start a mere 20 minutes before riders would roll-off, and didn’t even get my breakfast of hospitality village snacks. Sometimes, life at the Tour is truly hard.

Although I did see the start off, today. The weather forecast wouldn’t change much, with drizzle/rain over the better part of the day.

On the plus side, the zig-zaggy parcours allowed for many photo-stops along the course. 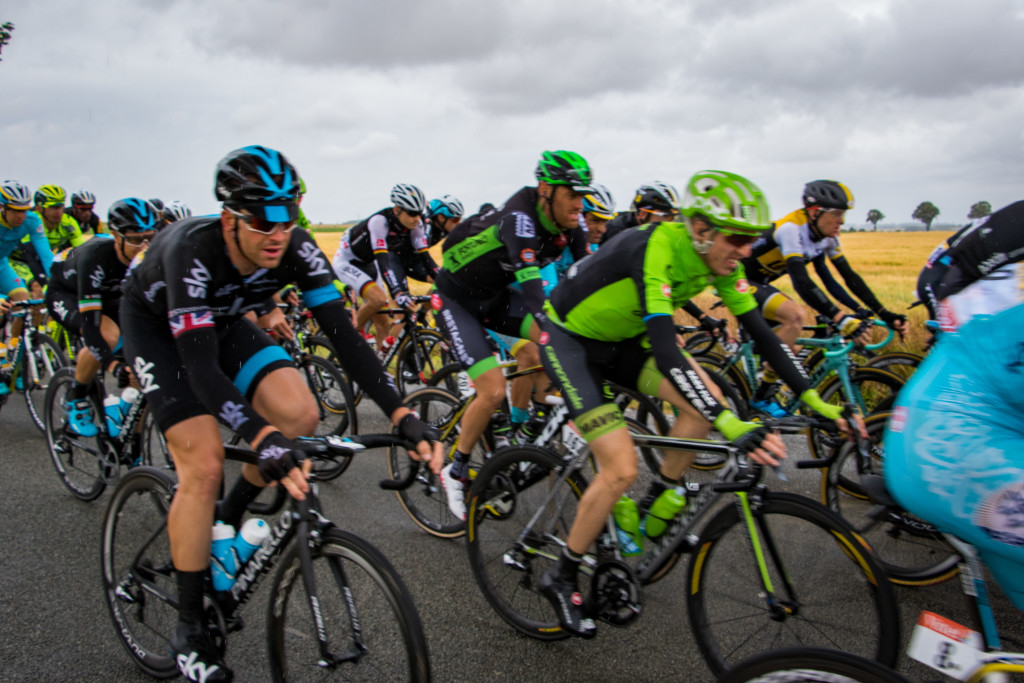 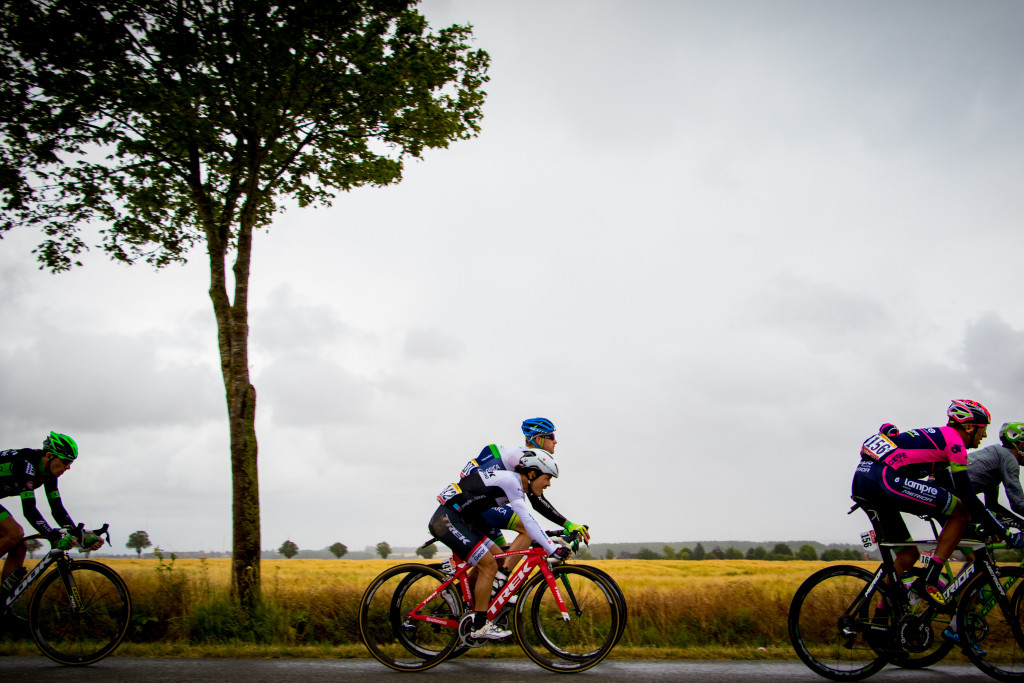 The next point along the course was on the outskirts of Bretincourt. Same race situation:

After Bretincourt, the next stop on my itinerary was Combles. Along the way, the race route ran parallel for a couple kilometers. When I saw the low-flying TV helicopters nearby and the head-of-race motos in the distance, I stopped the car, set up for a shot, and hoped it would work out. I’d say it went pretty well. 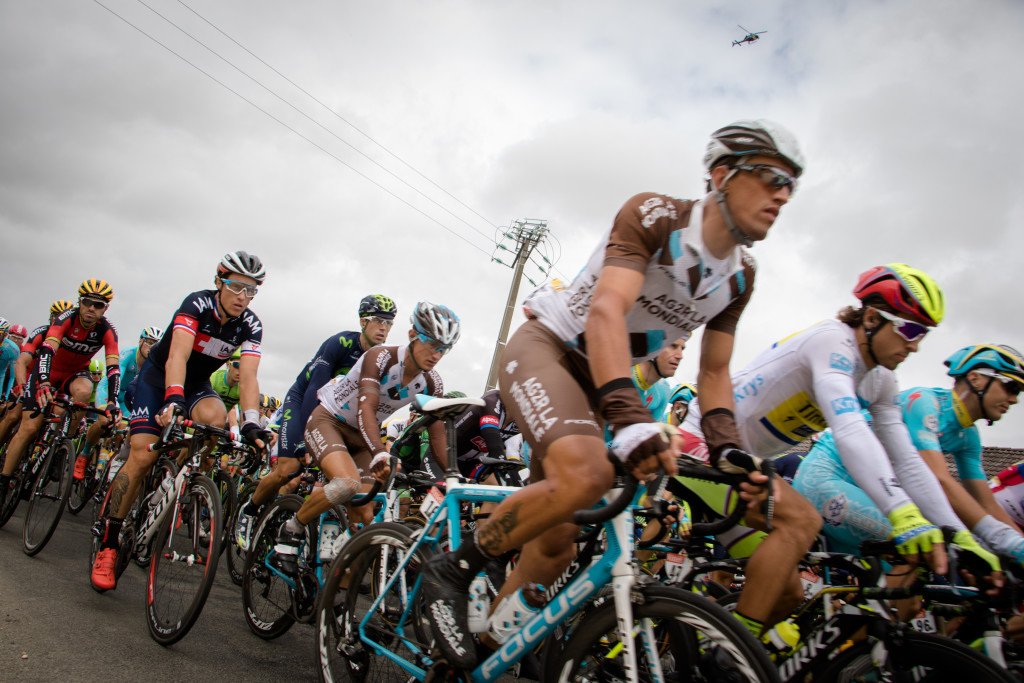 I set up for my next shot on a right-hand turn, between Combles and Ginchy. Where I found this: 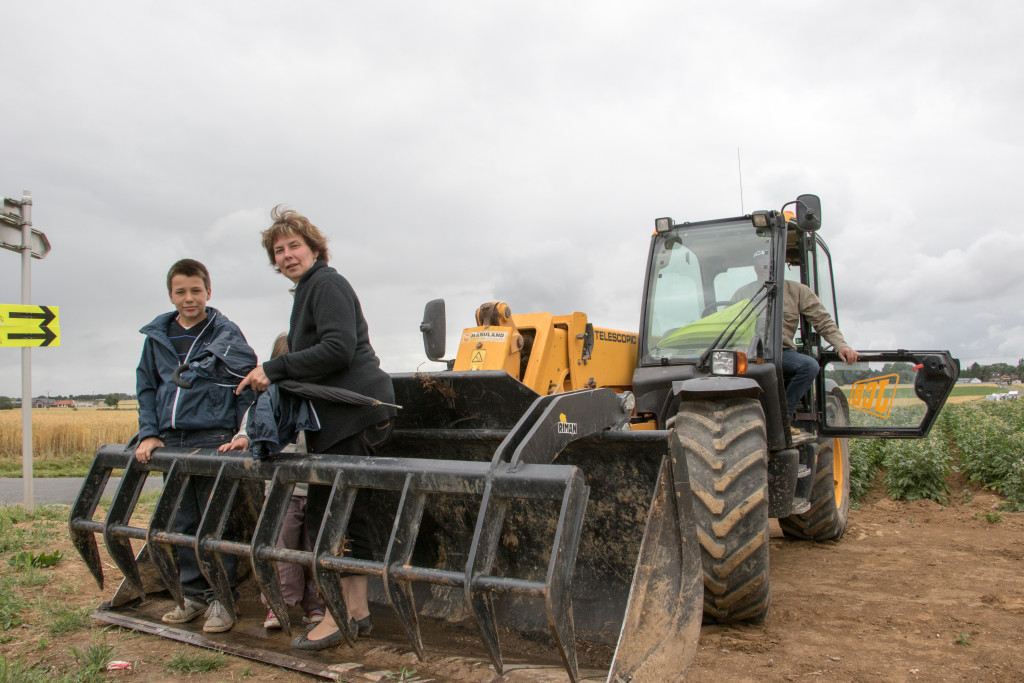 I gave them my best “je m’appelle Jean,” and soon enough, I was up there with them. 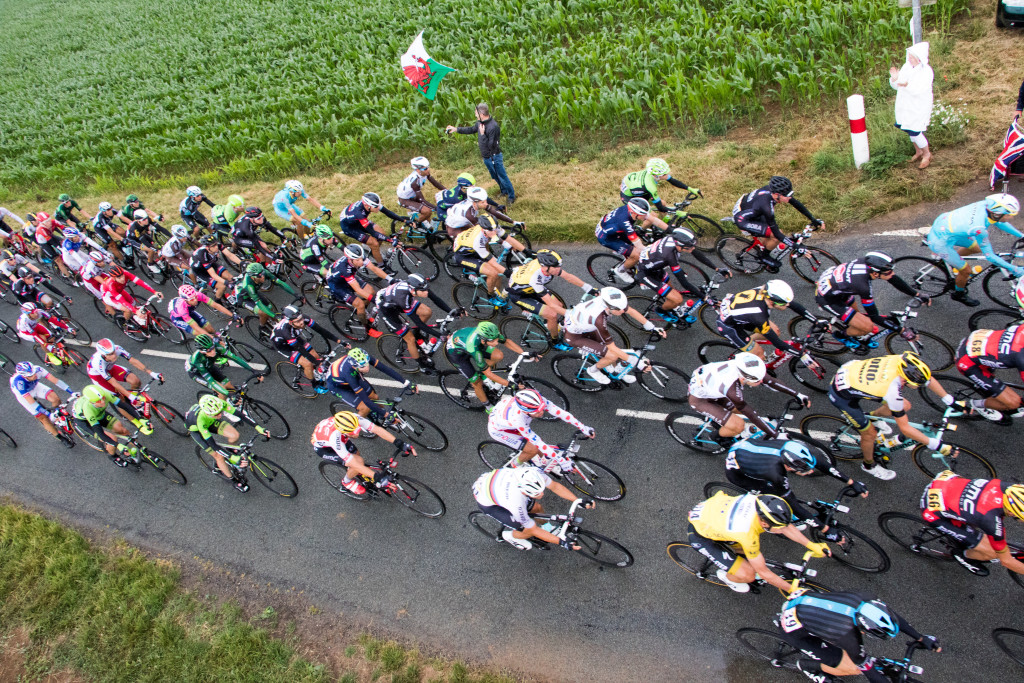 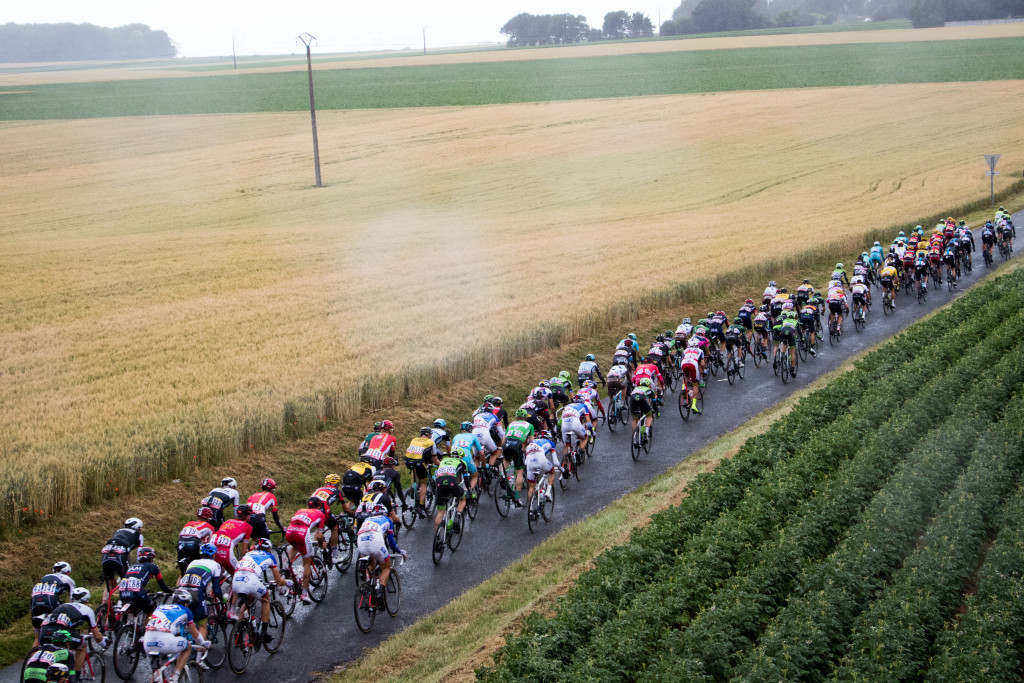 Perhaps things were not as all-together as I thought: A gruppetto rolled by a minute or so later. 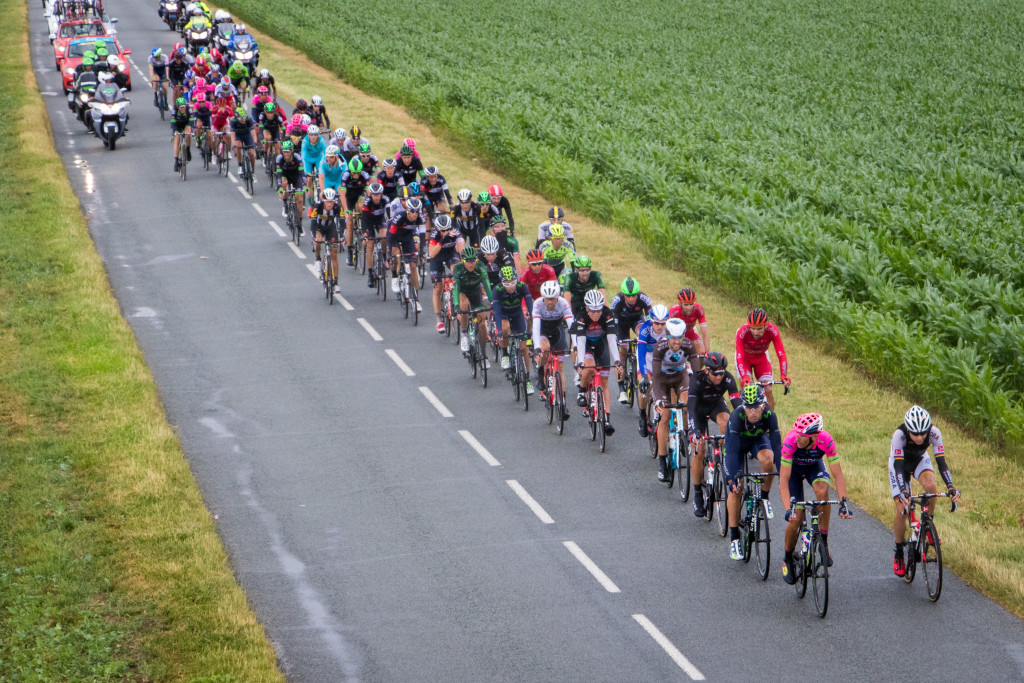 I’ve no official source on what happened, but my sources (friend who was watching live and giving text updates) claims Sky went to the front to push the pace, and this was the result.

After this, it was on to the finish. On the way, I saw a something familiar. So much so, I did a double take, (safely) slammed the car to a stop, and sprinted to get a photo.

Much like yesterday, making the finish was tight. From parking, I sprinted to the line, arriving with less than 1k to go. I did get a shot of the finishing sprint, but not without a shadow of the person next to me in the frame. 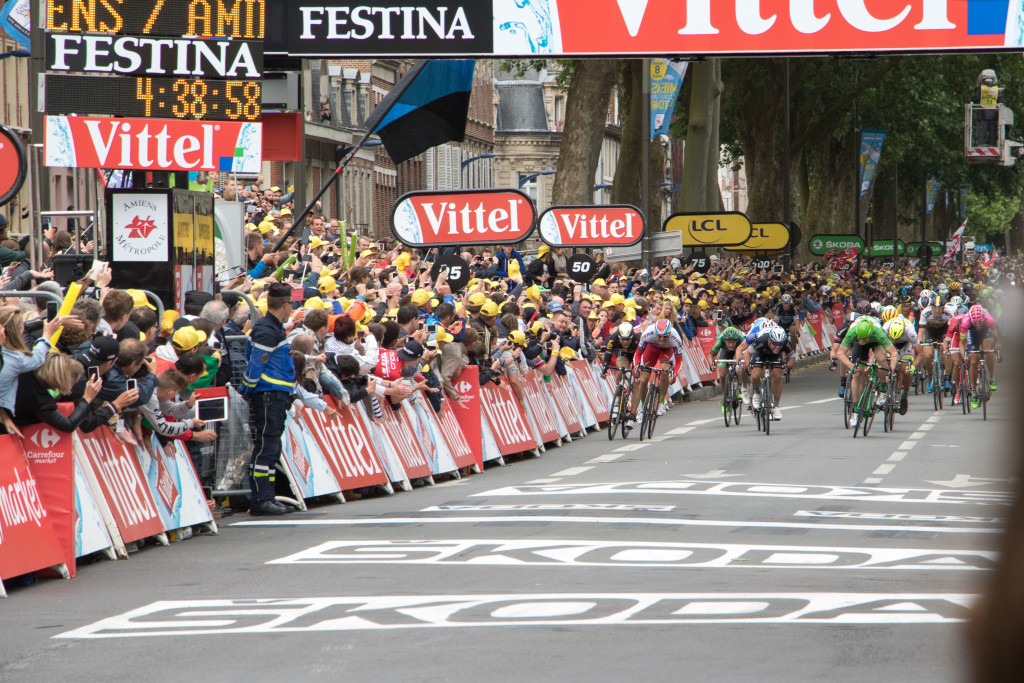 Greipel takes it! Although I miss the shot at a decent photo of crossing the line. Womp womp. I did catch him moments later, though: 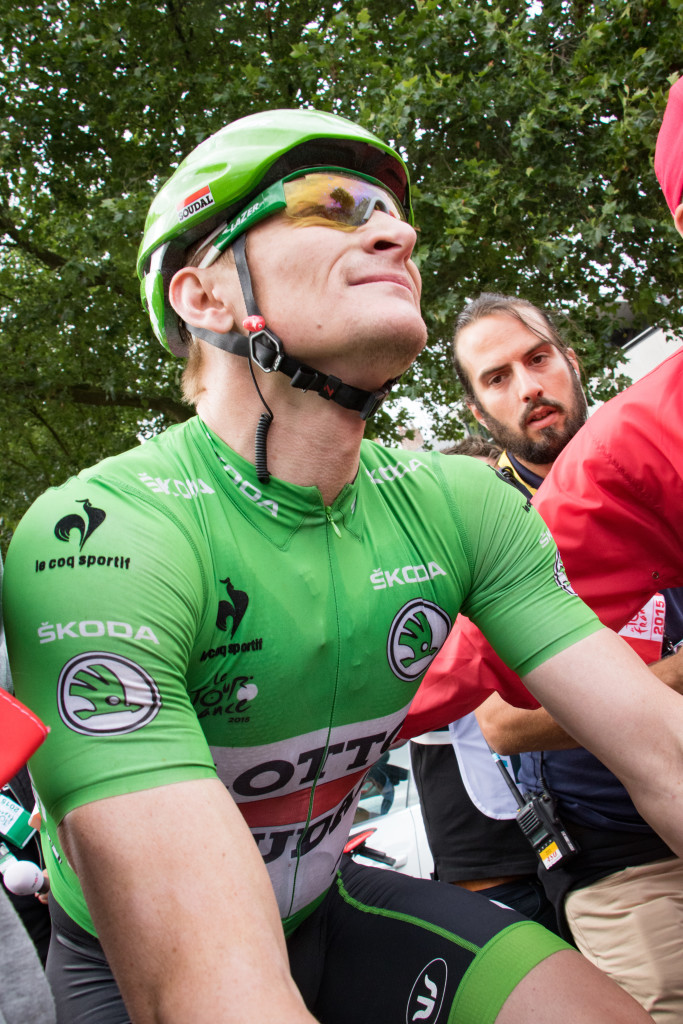 Greipel takes his second win of this years tour, extending his lead against Sagan in the points classification. The remainder of the jersey classifications remain largely unchanged as we head along the coast tomorrow. Picturesque views and the ever-present threat of crosswinds are in store. 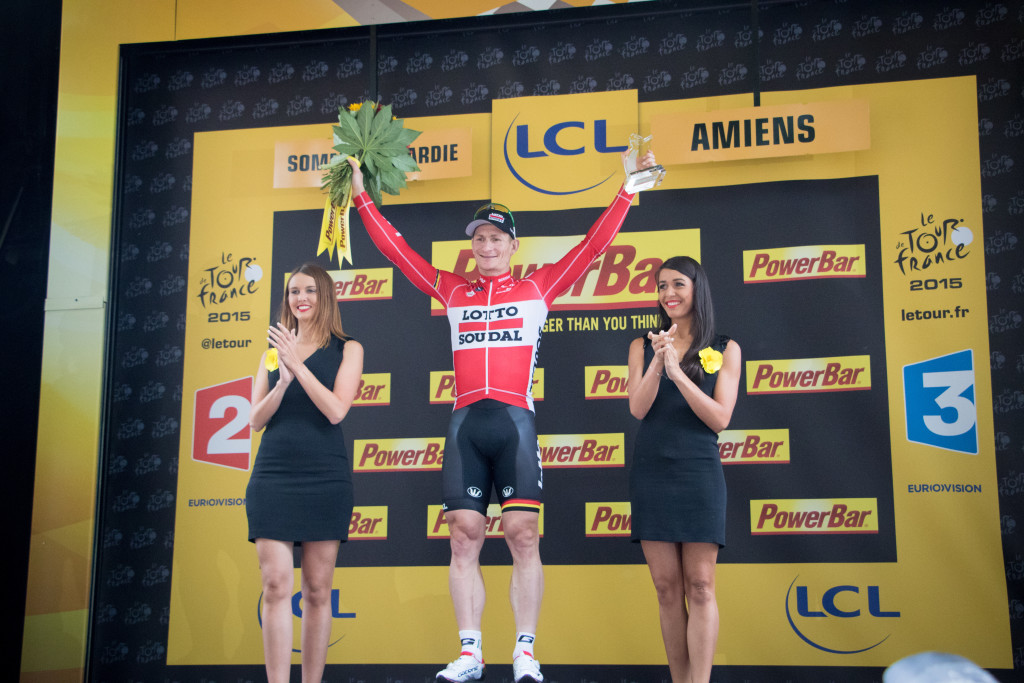