[Editor’s Note: Cat Armour is a self-proclaimed displaced Kiwi in the heart of Europe. A serious fan and follower of all things cycling, and specifically cyclocross, Cat has seen more live eurocross races than most of you (or me) could dream of attending. She will be checking in from time to time with her tape-side reports of races in a segment we are calling AFI (A fan in …). A paid-in-full member of the Kevin Pauwels supporters club, Cat is also a contributor to the book “Ride The Revolution: The Inside Stories From Women In Cycling.” Follow her on Twitter at @meowclank and check out more photos on Flickr..]

This is not only the first European and Belgian race of the season (for the big guns) but my first time in Neerpelt.

Unlike some of the more out-of-the-way places, where the journey to & from becomes a major expedition into deepest darkest Belgium, I was all set to venture onto Belgian Rail when I got an email to ask if I wanted a lift. Way-hey! No crack of dawn slogging it to the station required. Excellent start.

My friends know me well & so we arrived at the course in plenty of time to see all the races. Our first call though, was the bar! Here we laid our respective cards on the table. It transpires that the Sven card is 5 euros more!

The course itself is gorgeous & set in the middle of Klankenbos, which is an open air sound-art collection. I guess if you get bored with the racing, you can take a listen at the art! It is somewhat reminiscent of Oostmalle winding the orange tapes through the pine trees and that scent is wonderful. One majorly steeprun-up & its correspnding death-defying descent (with the tree in the middle of the path at the bottom to catch the unwary. Its padded though, so thats OK), the little ditch bunny-hop & a rather disappointing sandpit that is so far away that only the tv camera on high scaffold gets a good view.

After walking the course we headed for the carpark & a quick nosey at mobile homes. It was my hope to add to my GPON (Gratuitous Pictures Of Niels) collection, but NOOOOOO the VGSGP people tell us he is busy with Het Sterkse Network stuff & is not at the course!

My consternation is relieved a little by Papa Wellens, who stopped by for a chat & a piccie & this friendly chap, licking his lips & eyeing up someone’s lunch.

I dont believe this Sweeck will be riding for the new Team Era this year. 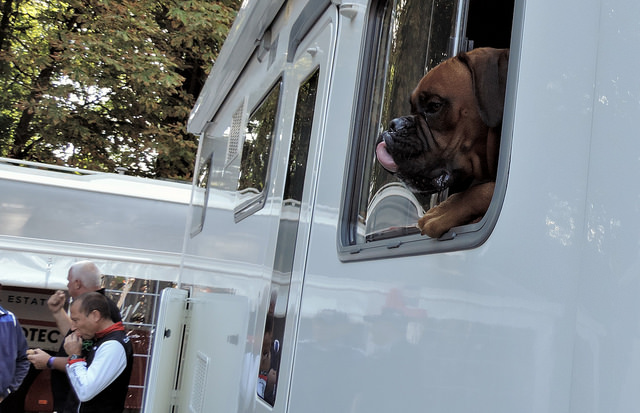 I was extremely chuffed to be recognised by my fellow KPau supporters, but somehow I missed the Sven-mobile!

Luckily, in Neerpelt the women get to park as close to the course as the men & right by the sports hall. I’m sure the access to the gym changing facilities, toilets & showers were greatly appreciated! It was so good to meet up with some old friends too & fresh back from CrossVegas where, I am reliably informed, some people managed to get enough money from handups to enter another race. Chapeau USA CX fans.

There was some racing going on somewhere, so while the guys hung out with beer, frites, mayo and Papa Wellens I headed for the start of the women’s race.

No doubt there have been enough race reports & everyone (except me) will have seen it all on TV already [editor’s note:  no we have not!], so needless to say that these guys were chomping at the bit to get going.

The only problem with going to the race is that you have no idea what is happening around the course, unless you are by the big screen. From where I was standing it looked like another big win for Sanne Cant, but then it all went pear-shaped. We could hear the announcer telling that she was having a mechanical, but she had just gone up the run-up & was consequently on the other side of the hill. The others came to the run-up & came back down the other side, but still no Sanne. Eventually she appeared, but that was not a happy camper & her race was over.

The men’s race also produced some drama, especially for the “K’maan Kevin” brigade. After falling twice on the first lap in Las Vegas, this time Kevin had a clip-in bounce-back-out incident that left him in 20th place (ish) & playing catch-up again. It was great to see Laurens Sweeck hitting the front and taking it to the top guns. Despite the sham that has been the Doctor Ozone investigation hanging over him there is a smile never far from his face. Also good to see Eli Iserbyt getting his first real taste of racing Elite Class before he has to step back to Beloftens. Judging from his tweets getting to ride alongside his idols was the dream come true.

As usual, you can tell where Sven is on the course at any time by the amount of cheering. I suspect this will get louder & more boisterous as the season goes on. We may have to have a #SvenNoise meter.

As you’ll no doubt have seen, after Kevin caught up with Wout & Laurens a ding-dong battle ensued before Wout made his move leaving Kevin stranded behind a tiring Laurens for his second win of the season.

On the penultimate lap I headed back to the finish line from the forest and LO! MY PRAYERS WERE ANSWERED! Niels had made it to the race after all! I have never got my camera up so fast! I have my reputation to consider! Stalking Niels is not for the meek!

I’ve said it before & I still think all podium ceremonies should include Laurens Sweeck. No one seems more pleased to be there.

Then the day was over & its time to head back, but YAY to getting there early & getting a really good parking spot.

Next week I hope to make it to Vorselaar while everyone else is heading to Gieten for Hansgrohe Superprestige, but Belgium’s next Big Day Out is in Ronse. Can’t wait. 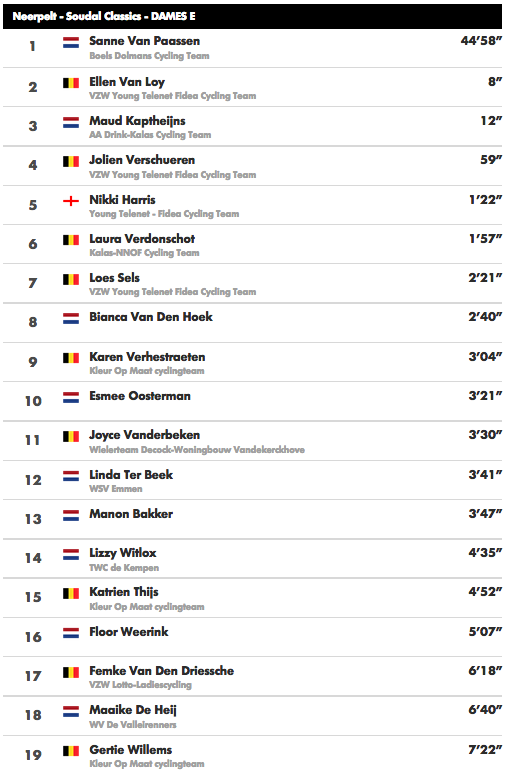 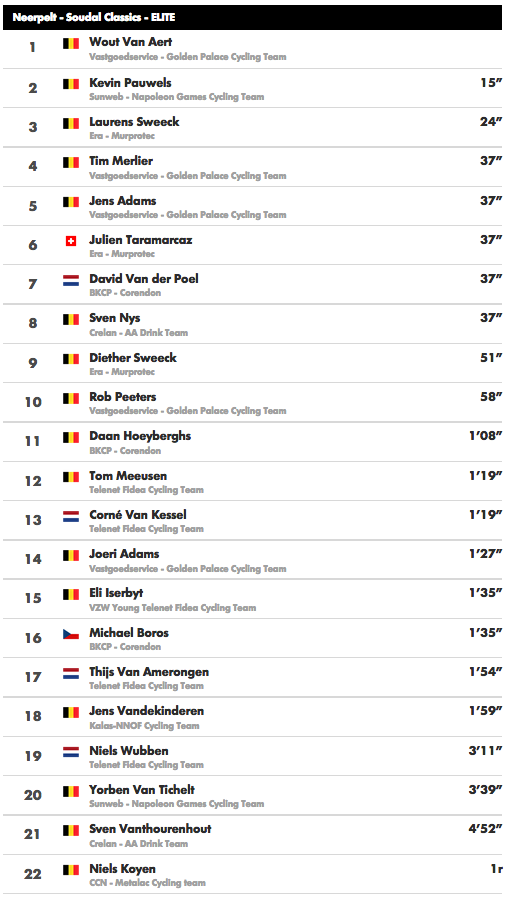 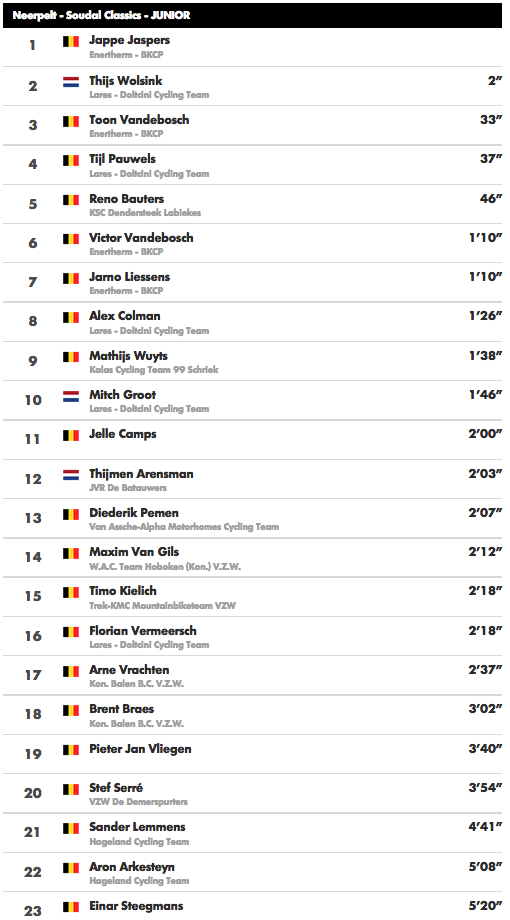 Extra added bonus: Here are highlights from the men’s race: