The U.S. Cyclocross Nationals organizers released footage today of the nationals course that will be used January 5-10 in Asheville, North Carolina, on the Biltmore Estate. In theory, that’s awesome as we have all been eager to get a look. The disclaimer, here, is this isn’t the full lap, and none of the obstacles, like flyovers, are in place. The course isn’t marked either, since we are still a couple weeks out. But you get a look at the terrain, the change in elevation, the grass, off-cambers, and bike barn. For now, we will even forgive the peek/peak mixup in the title.

So, as cool as it is to see a look at the venue as it is, today, if you want an idea of what the course looks like during a race, here’s a look at the January 2015 race:

To get an idea of what this looks like on paper, here’s the course map: 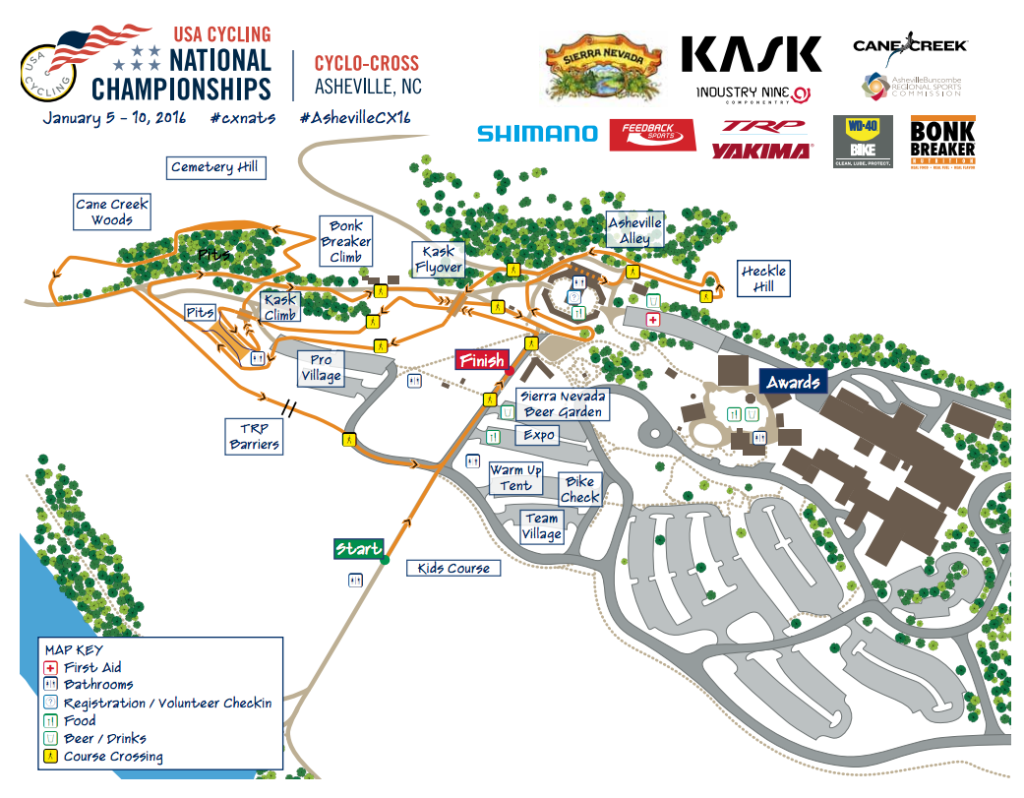