CrossVegas announced, today, changes to the track at the decade old event. No longer will the race venture off into the no-man’s land of the front-side soccer fields but will instead be confined to the “bowl.” The changes look like they will make for a more dynamic race and one that is even more spectator friendly. Here ‘s the official press release from Cross Vegas along with the new map:

June 24, 2016 (Longmont Colorado, USA) What better way to ring in a decade of memorable racing than to shake things up a bit? To mark the tenth edition of the biggest ‘cross race outside of Europe, organizers of Clif Bar CrossVegas announced big changes to the venerable race course at Desert Breeze Soccer Complex in Las Vegas.

The thick grass that every CrossVegas racer already knows too well hasn’t been eliminated, and the tough uphill sections have not been removed. Instead, the racing action has been moved almost exclusively into “The Bowl,” the iconic depression that defines the venue. Only the start and finish sections bring racers out of the bowl ensuring even more concentrated action for spectators attending the first race of the Telenet UCI World Cup Cyclocross series on Wednesday, September 21. 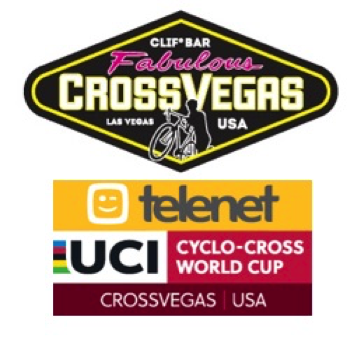 Race director Brook Watts described the course changes as “A natural evolution of CrossVegas. We’ve taken a world class challenging course and made it even more difficult while enhancing the spectator-friendly aspects that fans have come to love. It’s a Three Ring Circus and a classic study in pain.”

Traditional CrossVegas course features like the Raleigh Ramp remain. This wooden ramp has become famous for its high speed. The Shimano Flyover has found a new showcase location in the bowl and is joined by the new trademark green KASK Helmet Flyover. Additionally, the CrossVegas sandpit has a new incline location is, best described by Watts as “literally a sand dune that will probably earn me very few friends.”

Racers in the USA Cycling and Wheelers & Dealers races will be pleased to learn that a short cut has been created to spare them the toughest section of downhill and uphill racing. That decisive section will be faced by Elite Women and Men in the World Cup races later in the evening.

The course direction is largely reversed from previous years. After all the action in The Bowl, the racers face the Focus Bikes Stairs, just before the final sprint to the finish line. 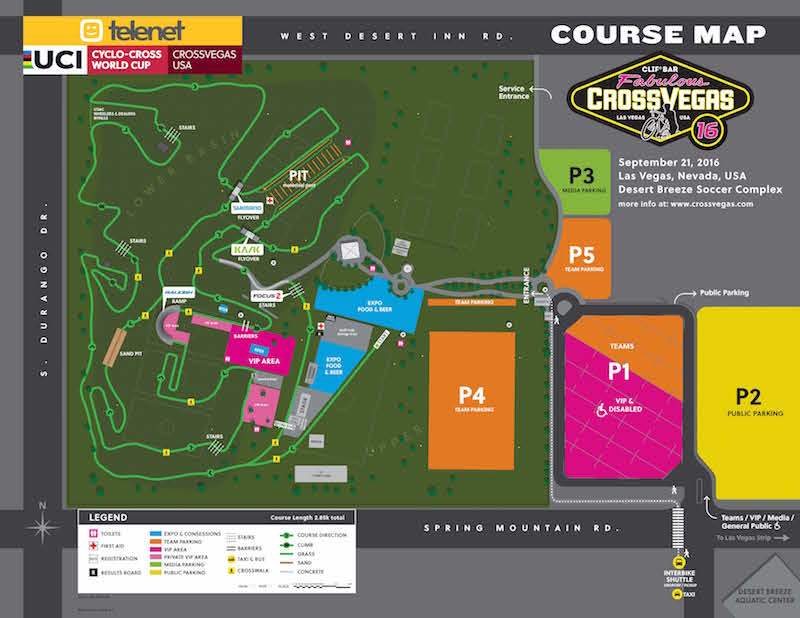