When my family moved in July from the Washington, DC suburbs of Maryland to Colorado, I knew comparisons and judgement about the local cyclocross scenes were inevitable. From my casual perusal of Nationals results, I noticed that “Colorado folks” tend to fare quite well, perhaps disproportionately so, compared to much larger metro areas. DC on the other hand (and more broadly, the Mid-Atlantic), is a denser area with a vastly larger population, and is quite competitive nationally in its own right.

After doing what has been a “full season” in Colorado (for me, 10 + races), I feel like I’ve had a good chance to take in enough information to make informed qualitative comparisons. So what’s the verdict? Which scene is better?

I’m pleased to report that, in spite of my concerns about leaving friends and relationships behind, cyclocross has not let me down. Yes, there are some significant differences. Average race size, production value, and the relative strength of the fields are not exactly the same. Weather and terrain characteristics differ greatly. The two scenes are different, but after mulling over this idea of writing about “Colorado vs. DC”, I came to the pleasant realization that fundamentally, they are still ‘cross and all of the things I learned to love about it in the Mid-Atlantic are here in Colorado as well.

After giving it their all inside the tape, people are friendly and supportive of each other. They want to hang around the race and cheer people on. Race day has a family vibe and atmosphere in the parking lot and around the course, and beyond race day, cyclocrossers are always game to hit the dirt or ride some trails instead if the regular road ride seems a bit stale.

I was reminded of the best aspects of cyclocross this weekend at the Colorado state championships. I decided not to race and was planning on doing something completely different with my weekend, so I was hanging out at home when my friend Chris Mayhew alerted me via Twitter that Mark Legg (and Katie Compton) would be at the state championship race on Sunday, and that he would be looking to sell some lightly used tubulars. Mark and I traded a few tweets, and after being presented with the opportunity to get some great tires at a discount, I made a last minute schedule change and decided to head to Westminster for the afternoon. And while the fact that Katie F. Compton is doing a race local to me was decidedly atypical, the interaction about the tires was not.

I found Mark after the women’s race and introduced myself as the dude from Twitter who was interested in the tires. He said he had the tires in his truck and suggested I meet him over there in a few minutes to pick out a set that I liked. Before we got to the tires, I wanted to discuss payment options. Embarrassed, I admitted that I forgot to bring my check book or cash. Rather than fumble around with finding my PayPal login information or finding some other electronic means of making the transaction on my phone, he kindly and generously suggested that I just arrange for payment after I get home. The rest of that exchange went something like this:

“Yeah, sure, we’re all a big family here, no worries.”

As I walked over to find the truck later, the cheers of the crowd by the course and the announcers PA fade a bit, and the parking lot is a typical scene. People are changing out of their dirty gear. Rollers and trainers are strewn about between cars having been recently abandoned by their owners as they hurry off to toward the starting grid. Hatchbacks are open with people hanging out and laughing, swapping war stories from inside the tape, sharing a drink or two. In this particular instance, yes, the transaction was unusual because I casually buying tires from team Katie Compton (which is wicked cool!), but this is DC, this is Westminster, Colorado, and I suspect that in most ways, this could be every other venue in Anywhere, USA on a late-Autumn Sunday afternoon.

All in the family – I hope it never changes. Stay rad, cyclocross. 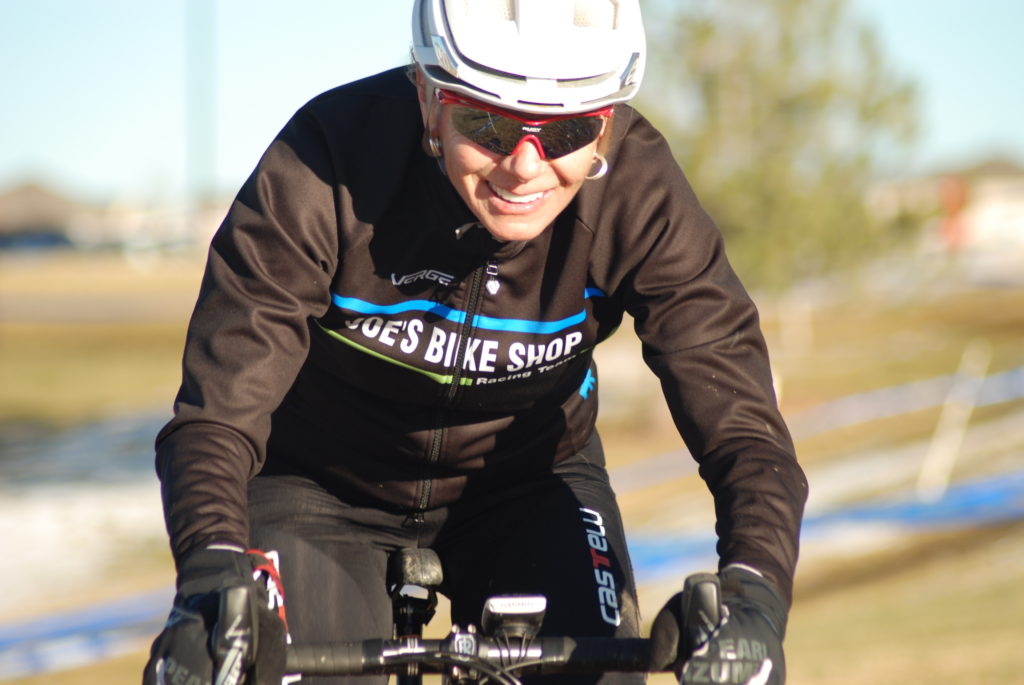