If Hoogerheide is without its signature apocalyptically muddy conditions, is it still Hoogerheide? I suppose so, but it’s certainly not something that we see very often. You’d have to go to the snowy battle in 2013 to find now without mud and, as Tom Meeusen kindly informed me during pre-ride, World’s in 2009 to find anything near as dry and fast as it was this past weekend.

This goes without saying, but it makes for some very different racing. Of course, we often get dry and fast bunch races in North America, but they certainly don’t turn into the 20-30 rider pack racing that we saw on Sunday. The difference is that, while in North America there are a handful of riders that are within a few percentage points of each other when it comes to bike handling and power, in a European World Cup almost the entire field can be found within that small range. That means that on a fast course like Hoogerheide, no one can drop anyone else, splits happen because of crashes, and we see the tactical battle that unfolded on Sunday. 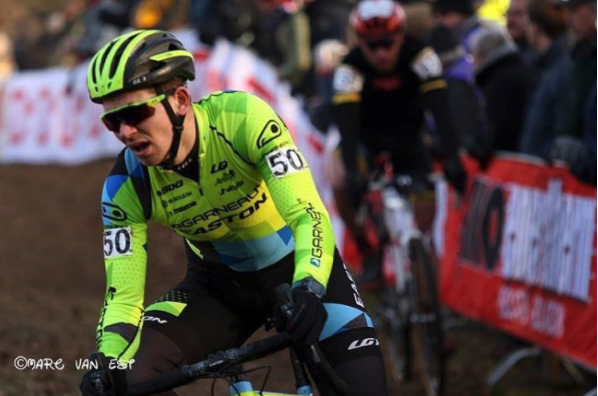 Of course, this doesn’t mean that the race was anything close to easy. From the first minute of the race to the last, I found myself pinned. Between sprinting out of every corner, getting dropped from my group on the pavement start finish for the first half of the race, and trying to navigate the sneakily slippery corners throughout the race, the physical effort required to just hang in with my group was more than many proper Belgian mudders that I’ve done.

My own race went fine; nothing spectacular, but certainly nothing to be disappointed about especially since my 39th place is only my second time inside the top-40 in a European World Cup. I ended up pretty deep in the field off the start after choosing the wrong side to start on. It’s always a gamble choosing which side of the grid to start on. As much as I talk to other racers about start position, watch video from the year before, and pre-ride the start section, all it takes is for someone to slip a pedal in front of you to send you to the back of the field.

Occasionally having a poor start can actually be a stroke of good fortune. While I would have loved to try and make that front group of 25 riders, being forced a little further back in the field probably prevented me from going too hard and, subsequently, blowing up later in the race. After a couple of laps, I found myself racing in a huge group for about 25th-45th place and more or less stayed cemented on or near the back of that group for the rest of the race. It wasn’t so much that I didn’t want to move up, it was more that that only good spot to move up on the course was the pavement start finish section and, unfortunately, I just didn’t have the matches to burn to do so. At the end of the day, I’m happy with my performance. It’s impossible to train for that type of anaerobic race and I’m feeling more prepared and more excited for Luxembourg because I had the chance to blow my legs out on Sunday. Onward to Worlds! 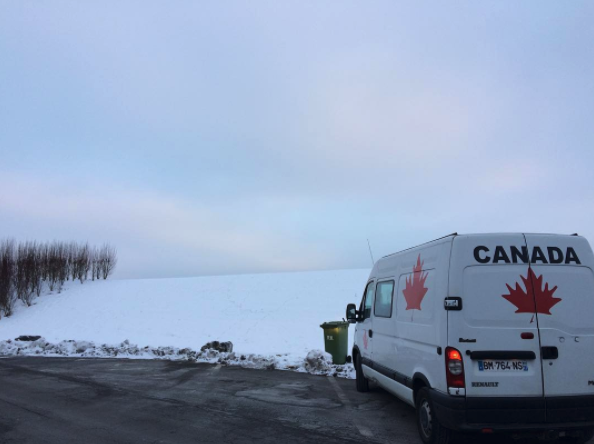 On a different note, I’ve been staying with the Cycling Canada project for the past week and have been thoroughly spoiled by having access to massages and have the best mechanics in Canada working on my bikes day in and day out. I think it’s easy to go and complain about having to pay program fees for cyclocross project – I’m certainly guilty of doing so on a regular basis – but I do have to give the Cyclocross Working Group in Canada a lot of credit for what they are able to put together every year. Despite receiving no funding from the Federation, this is, as usual, a top-notch and pretty affordable program that runs on the back of countless volunteer hours. So with that, thank you to all the staff that have made this happen.

One thought on “MvdH in Belgium Week 3: We Came for a Cross Race and a Criterium Broke out”