Nick Czerula is an award-winning filmmaker in his day job and a cycling advocate and race promoter in any hours left over. His latest documentary series focuses on legendary race announcer Dick Ring.

Dick Grew up in Brighton, Mass. He was a speed skater and cyclist and set multiple world records in both disciplines, but that goes mostly unknown. Locally he is a legend for bike race announcing. Loved by all and a true gentleman. Even after retiring from announcing 20 years ago, Dick still jumps in and announces to this day.

The films cover his introduction to cycling and speed skating. His accomplishments as a youth, adult and views on what sport does for you. Some of which not to be spoken about yet, covered in later episodes.

Nick, whose work you can see at www.nickcz.com, has some sweet #whoisdickring stickers available. 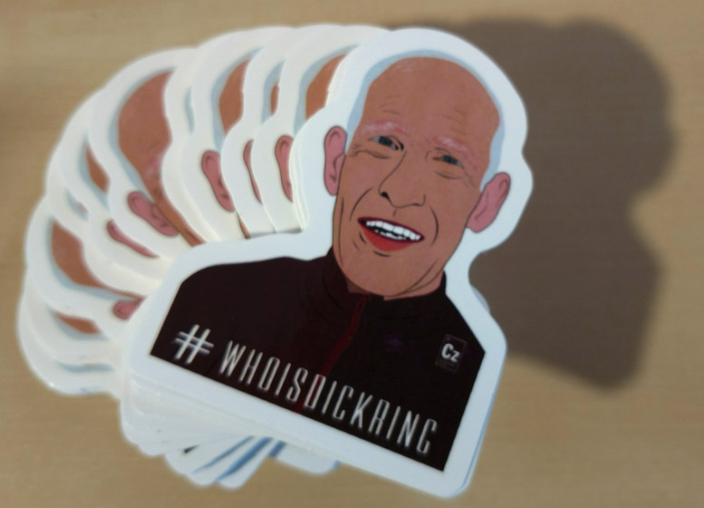 If you want one, PayPal Nick $1 to cover envelope and stamp, include address to studio@nickcz.com.

Check out the parts one and two and hit up Nick on Twitter (@bicykel) and let him know what you think.